Producers make up the Kafka client code that sends records to topics. These clients dramatically reduce the complexity of leveraging Kafka as it handles problems like connection pooling and network buffering. You can choose to interact with a small amount of API while still writing highly effective applications.

The diagram below demonstrates how a producer sends a record to a broker, who then records it in one of its topics’ partitions.

From a high level, this is how a producer interacts within a Kafka system. The following sections will explore how to use the producer API and the code required to do so.

The code written in this post is in Kotlin, but similar code should be applicable for any JVM language. Furthermore, clients in other languages will also look virtually the same.

Create a KafkaProducer to start sending records to Kafka:

When creating a KafkaProducer, you must provide its configuration via a Properties object or a Map<String, Object>. KafkaProducer’s constructor also accepts values for the key.serializer and value.serializer properties.

You can find the available configuration options in Kafka’s documentation.

You’re now ready to start producing records, but first, you need to know what a record contains.

From the simplest perspective, a record consists of a key, value, and the topic that stores the record. 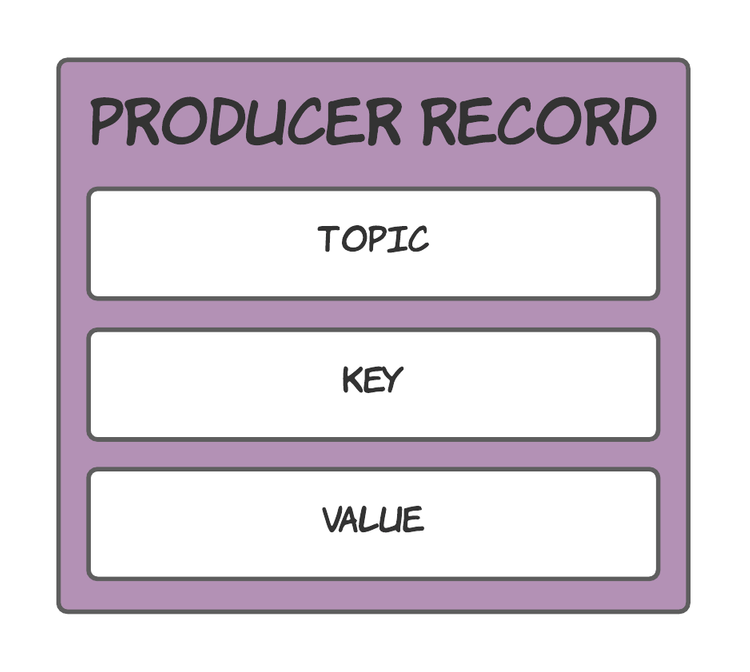 However, there is much more than just this. In fact, neither the key nor value are actually required (in that they can be null). 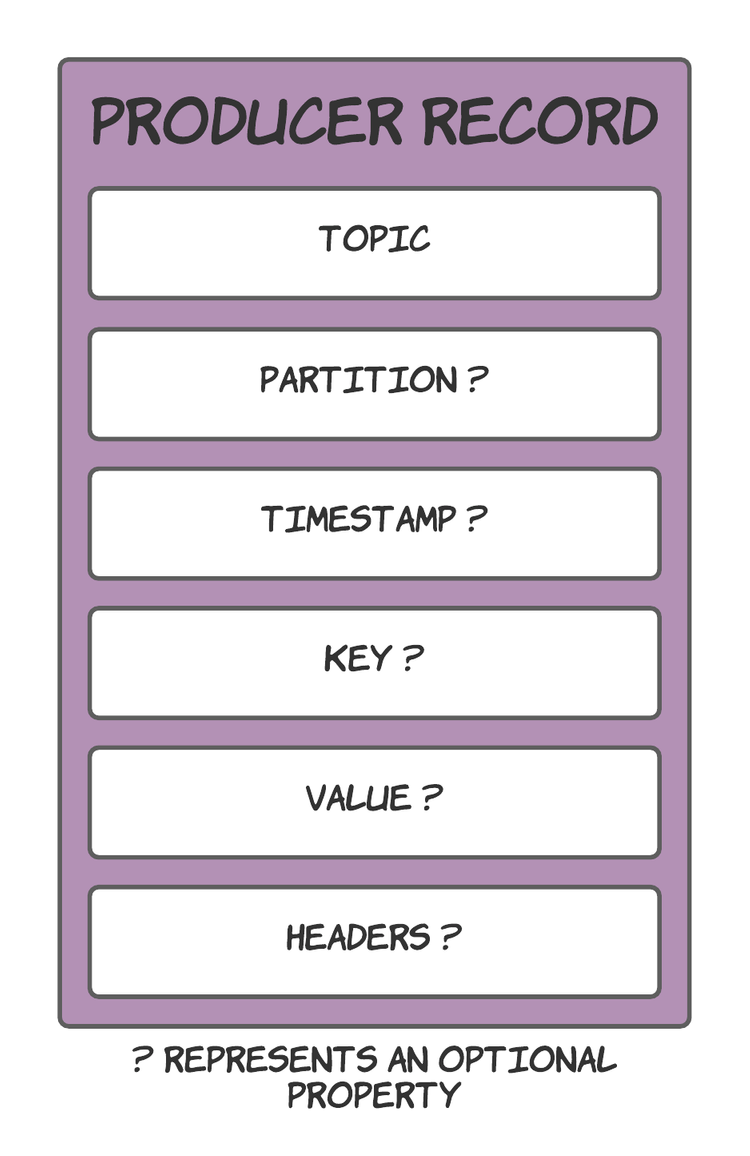 Ordered in the same order as required by ProducerRecord’s full constructor.

To reiterate, and because not everyone likes diagrams, a record consists of the following properties (along with some explanations):

Yes, both the key and value can be null. However, when you think about it, it doesn’t seem too crazy. It’s perfectly valid to receive null objects from the rest of your application code and Kafka being ok with that likely saves you a headache further down the line. However, it is probably still worth thinking about null values to be a good little developer.

The code for creating a ProducerRecord is shown below:

Nothing fancy to show here since I only include the topic, key and value. Several constructors help you create ProducerRecords; however, you might be forced to pass in some nulls to make the records your applications require.

After creating a record to send, all that remains is actually sending it. The code required for this is straightforward:

send asynchronously sends a record to the Kafka broker, returning a Future that you can use to make the call blocking if you desire (by calling Future.get).

You can also register a callback that executes when the sending of the record is acknowledged:

That’s it. The record provides the rest of the information, allowing the process of sending a record to remain simple. 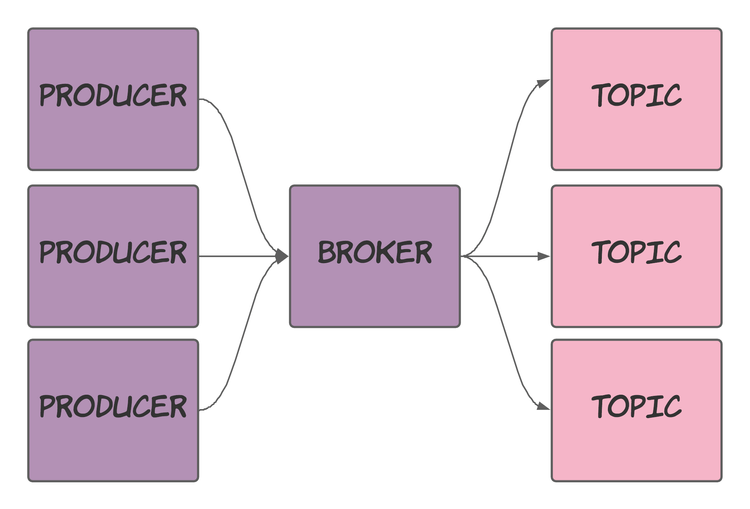 You’ll need to create extra producers using the same process as starting a single producer. You don’t have to do anything special here.

The overall process for sending a record to a Kafka topic consists of:

The diagram below brings together all the pieces discussed in this post:

Bringing the 3 steps together gives you code similar to the following:

You now know how to formulate the producing side of an application that leverages Kafka. Next up is understanding how to use the created records on the other end of your application. I will cover consumers in my following post.

Consumers make up the Kafka client code that reads records from topics, working at the opposite end of the chain as producers and benefiting…

Intro to Kafka - Topics and partitions

Topics Kafka, at a high level, stores records in topics. When handing a new record off to Kafka, you must decide the name of the topic you…